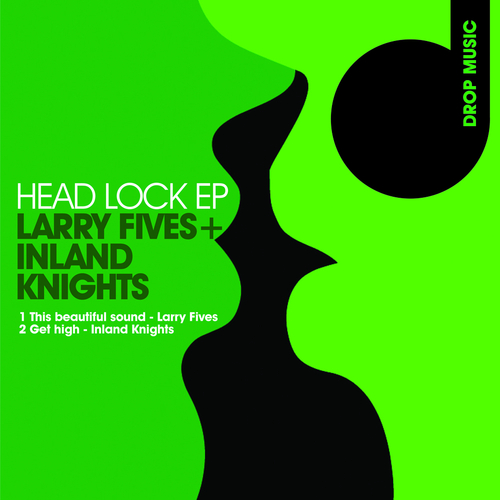 One year on since their last EP on home label Drop Music, Inland Knights are back again with the two track Head Lock EP. One track by the Knights is complemented by another by Larry Fives (aka one half of the IK's, Laurence Ritchie). As ever it's trademark Midlands House complete with chopped up samples all aimed squarely at getting the dance floor jumping.

The last 12 months haven't seen the Knights or Larry Fives twiddling their thumbs however, in fact they've been busier than ever. Their retrospective album 'Inland Bites: Knights Classics' was a huge success at the end of 2010, while Drop Music's forward-looking 'House Bound' compilation, to which the IKs and Larry Fives each contributed a track, is getting people similarly excited. Add to that a Loopmasters sample pack, a single for Trendy Mullet and remixes of Phil Weeks (on Robsoul), Howard Sessions (on Lost My Dog), The Littlemen (for their 10 year compilation) and DustyFruit (on Rebel Hill) and pile it all on top of a hectic worldwide DJing schedule. The only conclusion is that Larry Fives and Inland Knights are very much still at the forefront of underground house as they have been for the last decade!

MP3 format technical details
These mp3 tracks have been encoded with LAME providing you with a very rich listening experience. No DRM or copy protection is built in to the mp3s.