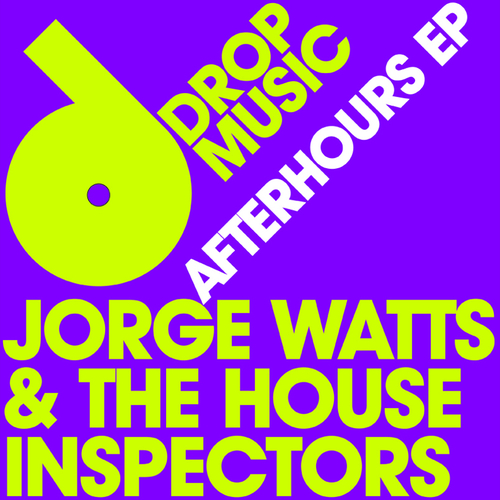 Jorge Watts & The House Inspectors join forces in a three-way Aussie partnership for their debut release on the legendary Drop Music. In typical style from these artists and label the focus is on funky, fun and upbeat house music. All three tracks will resonate with fans of Inland Knights and continue the uncompromising tradition of one of the UK’s longest serving and most respected house labels.

Jorge Watts, who also records as Loop Killaz, The Subjekts (with Sonny Fodera), Tokyo 3, Mr WattO and The Azteckid, can be found on labels such as Global Trax, Subsounds, WET Musik, 1200 Traxx, Hard Hat Recordings, Blockhead Recordings, Random Access Recordings Detroit, Undefined Australia and Vast Recordings. His music has received support and been licensed to mix compilations from major players in house and techno including across Carl Cox, DJ Sneak, Slam, DJ Rush, Mark Farina and Derrick Carter. His 2009 ‘Up To The Sky’ release was one of the years biggest released in underground house circles. He has been an important ingredient of Adelaide’s club scene for well over a decade and has taken his rhythm shaking sound round the world, including a spell living in Chicago.

MP3 format technical details
These mp3 tracks have been encoded with LAME providing you with a very rich listening experience. No DRM or copy protection is built in to the mp3s.